Get Inspired to Declutter with Year of No Clutter

Year of No Clutter isn’t a how-to book, but it might still motivate you to make space for your creativity.

Affiliate links are included for your convenience.

Eve O. Schaub is one of those writers who likes to do experiments on herself – and, by extension, her family – and then write about it. Her first book, Year of No Sugar, explored what it was like for her family to go without sugar for a year. 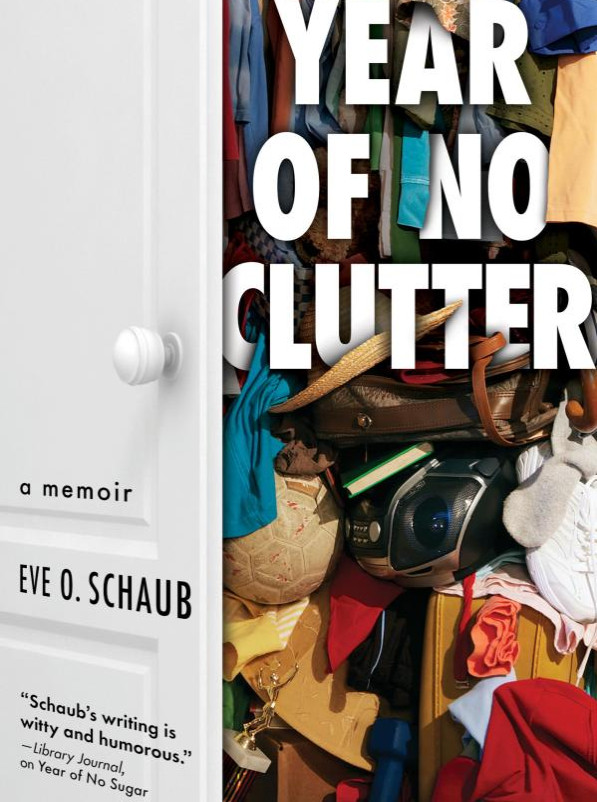 In a topic more to our interests, her second book was Year of No Clutter, in which she attempted to clear out what she called her “Hell room,” what might otherwise be called a bonus room. It was beyond filled with ephemera, craft supplies and projects, years of photos, memorabilia and equipment, and it had long ago become an embarrassment.

Schaub gave herself a year to clear it out, and along the way she learned a bit about hoarding in general, her own reasons for keeping things and how to get rid of at least some of the old to make a functional space for her family to create in.

Because that’s something I imagine we all want, I thought we’d take a closer look at what this book has to offer us as minimalist crafters.

Keeping Stuff is a Choice Not to Make a Choice

The book is part memoir, an exploration of her particular clutter, why it exists and why it was hard for her to deal with, and part a reflection on clutter in general and why it can be so hard for so many of us to let go.

For her, a big stumbling block was being afraid of making the wrong choices, of regretting getting rid of something tied to a memory or that she might need some day.

“Although I have yet to figure out what drives my compulsion to save, I know this much: it is the thought of making a bad decision, one that I will some day regret, that keeps me up at night,” she wrote, continuing later:

Although I don’t take comfort in the company of my piles of Stuff the way many hoarders reportedly do, I know that keeping things fulfills for me at least one very specific need: it alleviates the discomfort of indecision and the fear of making a mistake I will regret (what if I want/need/wish I had kept this someday?)

But she also recognized that keeping everything cannot be the solution.

“If I keep everything, who’s going to know or who’s going to say what’s really important?” she asks. “If it all gets thrown away someday anyway, then what the heck was the point?”

She looked at her possessions as a “museum of Eve,” where every item was available to remind her of some event or time of her life.

As she worked through her year, she began to see – with the help of visiting hoarders’ homes, including some in her own family – that keeping everything cannot be the right solution because “when you try to keep everything, control everything, you end up losing it all, controlling nothing.”

It’s Not a How-to Book

Year of No Clutter doesn’t offer a lot of solutions that might help you clear out your own clutter. She notes that a lot of the advice on decluttering is “about as helpful as heat rash” because there are so many paths to a cluttered life, and different problems need different solutions.

Because I’m not a super-sentimental person who feels like she needs to keep every gift ever received or everything the ever belonged to someone who is no longer alive, what worked for Schaub is not necessarily going to work for me.

Still, I found this book motivating (and a lot of her stuff beyond the museum of Eve is arts and craft supplies) and her mantra to “keep less. Use more” I really want to steal as the tagline for this site.

In the end, it took more than a year and the Hell room is still a work in progress, but she was able to make the room into a place she and her daughters could feel good about spending time in and being creative in. Because of that focus, I think Year of No Clutter is worth a read for crafters and creative types who want to clear things out so they actually have space to create. 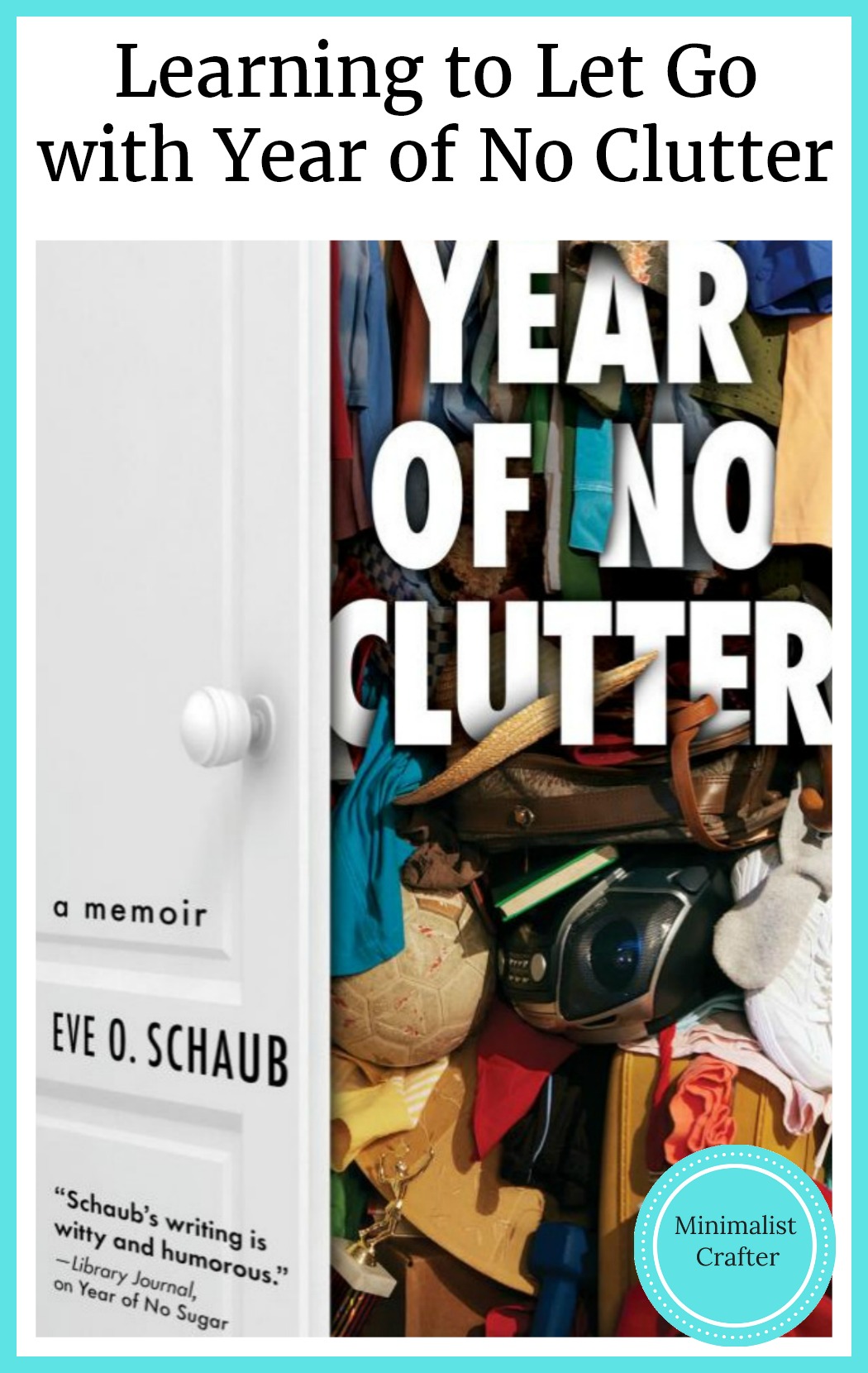 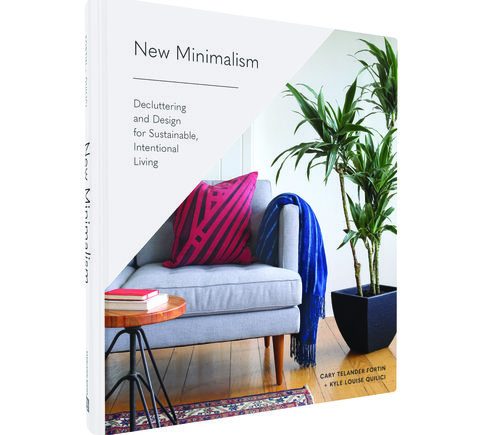 KonMari Not Working for You? Try New Minimalism 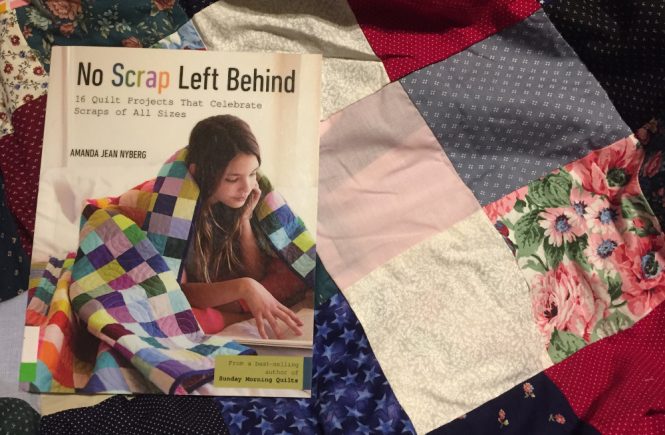 Get Inspired and Motivated to Use Your Fabric Scraps

How to Declutter Craft Supplies the KonMari Way